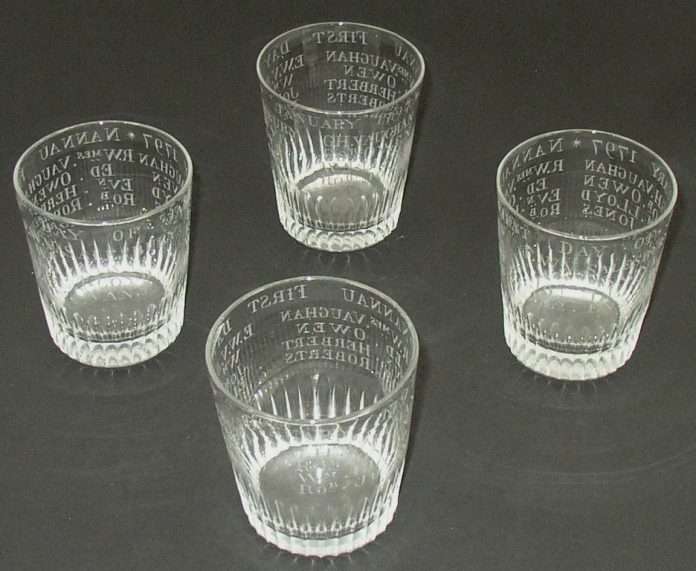 Edward Owen and Robert Jones later served under R.W. Vaughan, as Lieut. Col. Commander of the Cader Idris Volunteers during the Napoleonic Wars. Robert Roberts and John Lloyd both appear to have been members of the Merionethshire Local Militia at this time.

The present house, probably the fifth on the site, was started in 1788 by Sir Robert Howel Vaughan, and completed by his more famous son, who has always been known affectionately as “Yr Hen Syr Robert” (Old Sir Robert).

A celebration party, was held on 1st January 1797, by the (then) three bachelor brothers. Nannau Schedule of Contents 1958, referred to as “House-warming Glass”.

Scan and Information Courtesy of Tamlyns.