A Timeline of Plas Nannau ‘Hall’. 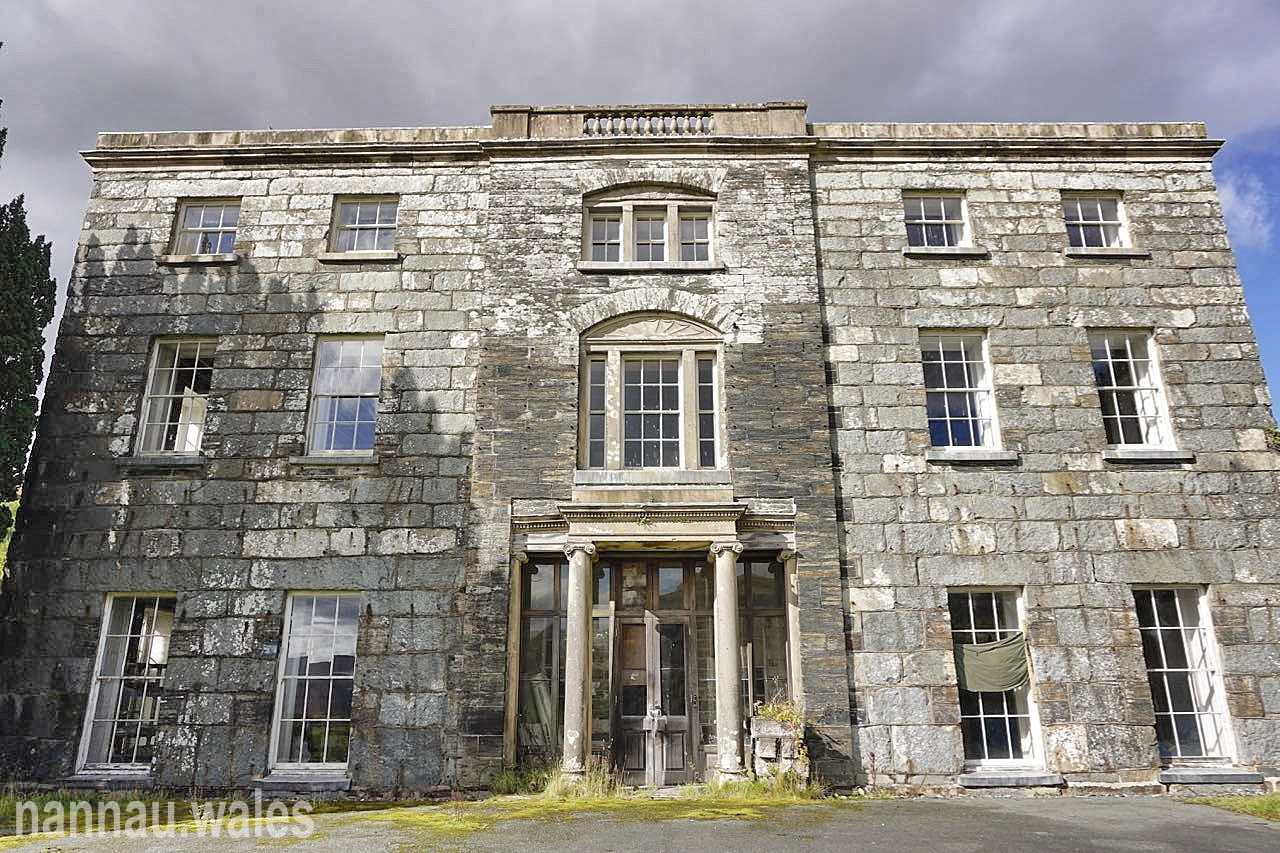 Work Starts on the Georgian Nannau 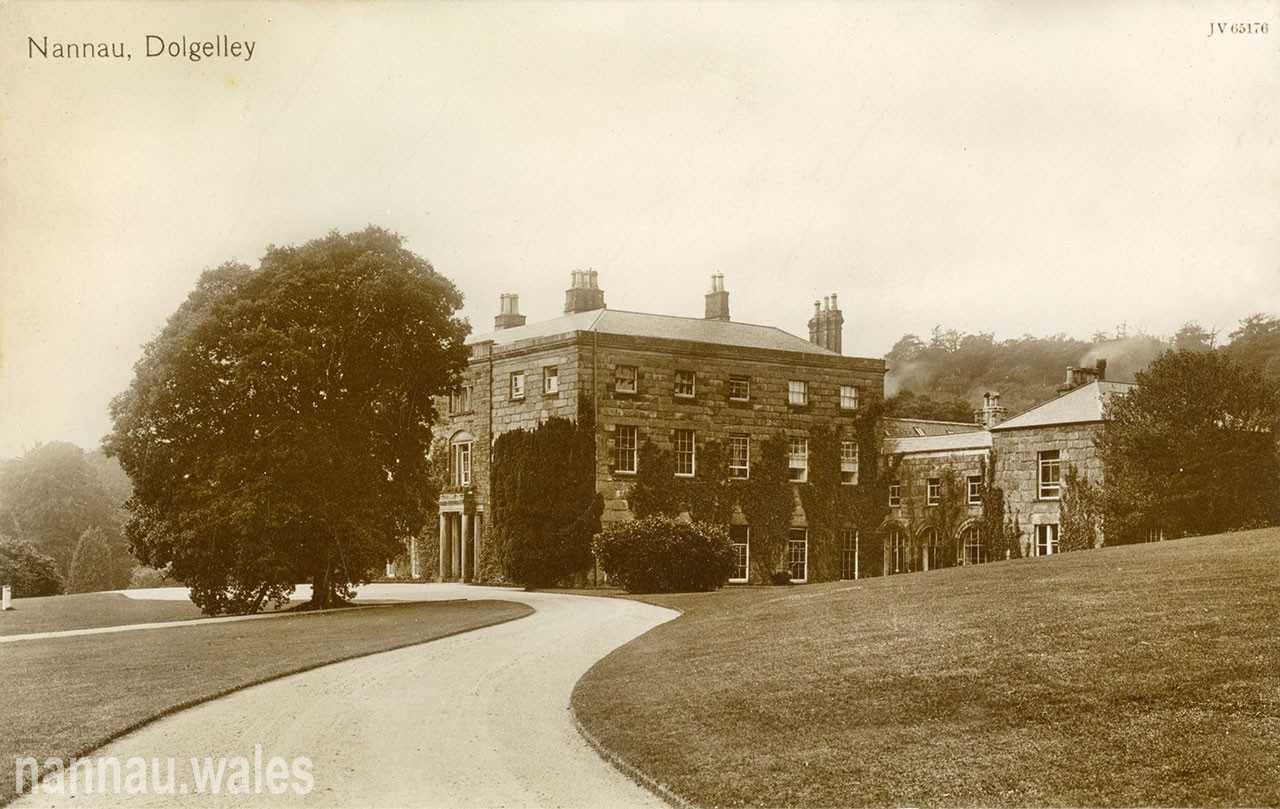 The House is Completed 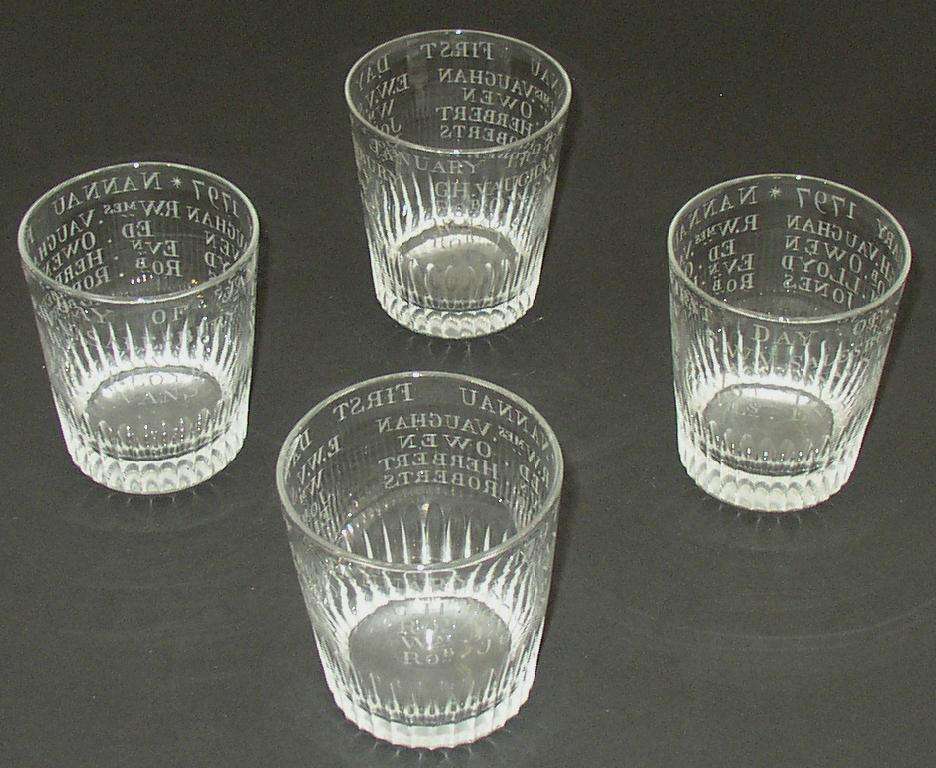 The Georgian House is Completed.

There was a house-warming celebration on January 1st 1797 with a set of glasses engraved for the event. 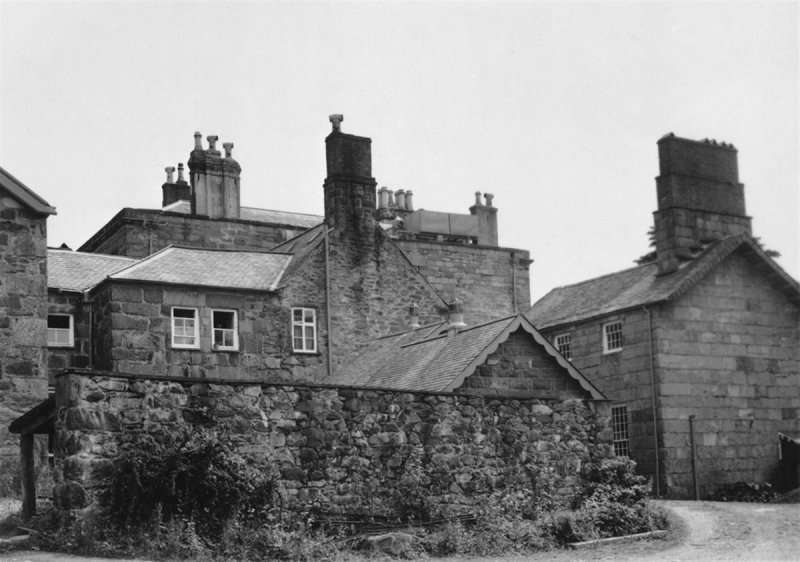 Work is completed on the kitchen (built behind the west/left pavilion wing). It was built to celebrate the coming of age of Robert Williames Vaughan, 3rd Bart in 1824, with celebrations in the local area.

Sir Clough Williams-Ellis (creator of Portmeirion, some twenty-five miles away) designed some alterations to Nannau in 1934, but I am unsure what these were or if they were implemented. 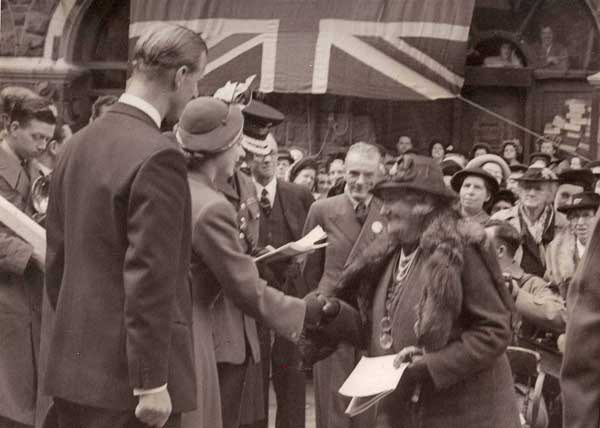 The Princess Elizabeth And The Duke Of Edinburgh (Earl Of Merioneth) had lunch at Nannau during their tour of Merioneth on April 28th & 29th, 1949.

A schedule of the house contents was produced.

The house was sold to Edward Alexander Morrison III, D.F.C. and his wife Barbara Stanger MacKenzie-Smith Morrison. The lived there from 1965-1979.

The pavilion wings were demolished in the late 1960s-1970, although the cellars seem to have survived, as do the arches of the east (right) wing and some of the outline of the buildings behind. 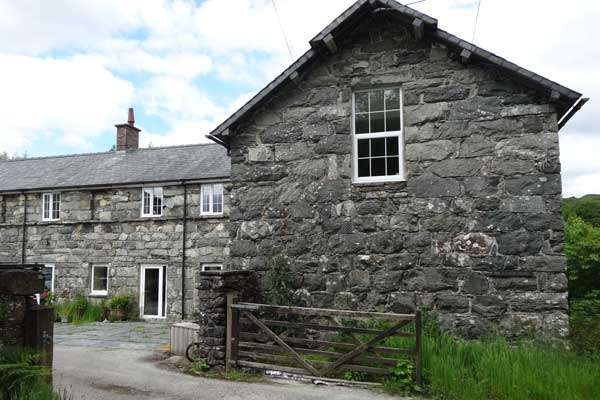 The coach house is split from the main house (that was owned by the Morrisons) and sold.

The Nannau Estate is Sold

Nannau is mentioned in Peter Underwood’s book “Haunted Wales” (and repeated in “Where the Ghosts Walk: The Gazetteer of Haunted Britain”). There is also a photo of Nannau in the book which shows the Pavilion Wings had already been removed.

Mr. E.A. Morrison was the owner at the time as he is mentioned in the book.

Nannau was converted into a hotel when it was sold in 1979 (to a Mr. Bowen?). The interior was drastically altered to make more bedrooms. 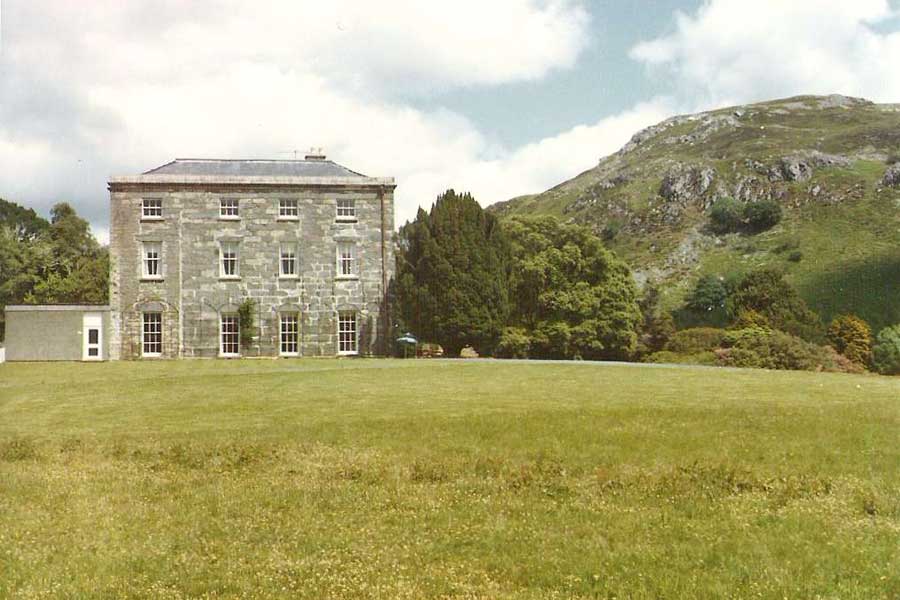 Nannau became the family home of Dafydd Maslen-Jones and his wife Julie. Dafydd was a direct descendant of Owain Glyndwr. They were planning to turn it into a Bed and Breakfast in March 1995, but it was sold later the same year. 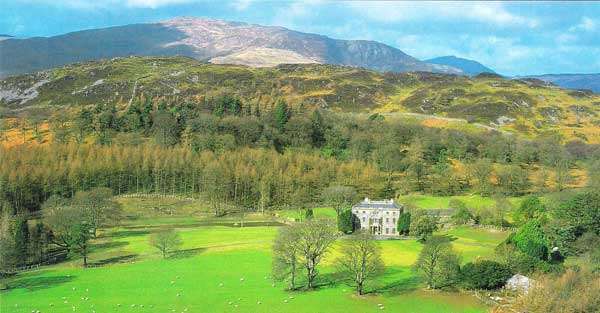 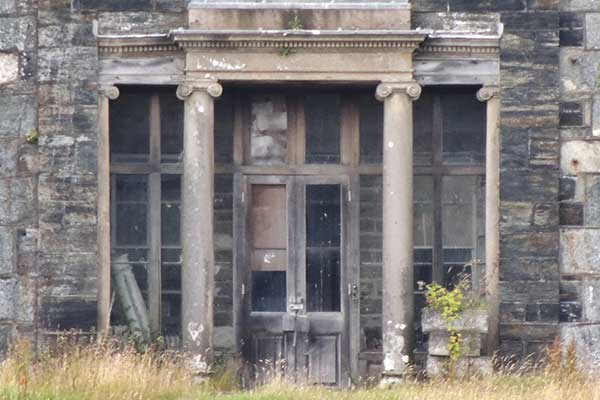 Work stopped on the House Around 2002.

A Medieval Cauldron from Nannau

This website uses cookies to improve your experience while you navigate through the website. Out of these, the cookies that are categorized as necessary are stored on your browser as they are essential for the working of basic functionalities of the website. We also use third-party cookies that help us analyze and understand how you use this website. These cookies will be stored in your browser only with your consent. You also have the option to opt-out of these cookies. But opting out of some of these cookies may affect your browsing experience.
Necessary Always Enabled

Any cookies that may not be particularly necessary for the website to function and is used specifically to collect user personal data via analytics, ads, other embedded contents are termed as non-necessary cookies. It is mandatory to procure user consent prior to running these cookies on your website.