Edward assumed the name of Salisbury (Salusbury) under the will of Mrs Charlotte Pryce, of Rûg (aka Rhug).

Evan Davies Jones. The Welsh book-plates in the collection of Sir Evan Davies Jones, bart., M.P. of Pentower, Fishguard; a catalogue, with biographical and descriptive notes (online), tells us that there were two plates: the first printed in green, the second (this one) printed in black with a crescent added for cadency.

Rûg or Rhug (normally Y Rug in Welsh; sometimes given the antiquarian spelling Rûg) is a township in the parish of Corwen, Denbighshire, Wales.

Rûg is one of very few 17th-century churches to avoid the ‘restorers’ of the Victorian Gothic revival. It was the private chapel of Colonel William Salesbury (sic), affectionately known as ‘Hen Hosanau Gleision’ or Old Blue Stockings.

He was a staunch Royalist who defended nearby Denbigh Castle for six bitter months during the Civil War before reluctantly surrendering to parliamentary forces. While others embraced simpler forms of worship, he prayed here in high church splendour.

Old Blue Stockings died at the age of 80 having lived just long enough to see the restoration of the monarchy in 1660 – so perhaps his prayers were answered. 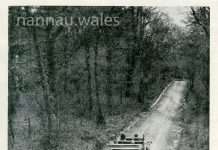 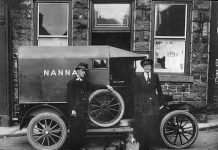