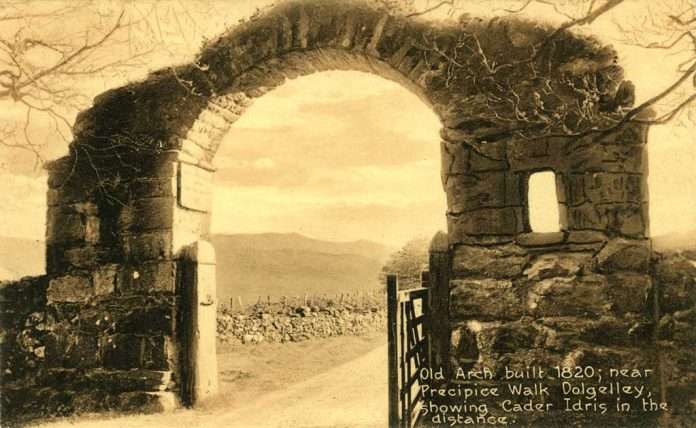 This is one several arches commemorating the 1820 coronation of George IV. The wide Tudor arch was Grade II Listed in 1995. It is situated on a private road leading to Maes-y-Bryner Isaf.

The tablet is visible on the postcard, but is no longer there.

An early 19th century decorative folly-arch built as an estate feature by Sir Robert Williames Vaughan of Nannau in rustic style. It has flanking sections of wall containing arched slits with projecting rubble cills and vernacular projecting voussoirs. The arch was originally capped to give a pedimented effect; 2 large slate-stone lintel pieces formerly performing this function lie nearby.

The road as now beed diverted around the arch to protect it. 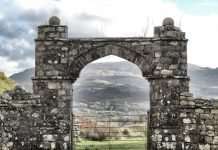 The Arch at Hywel Sele Lodge 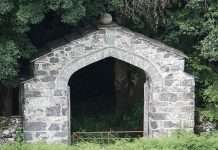 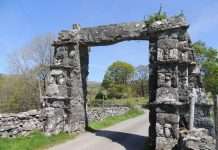