Nannau (The Ravines) the seat of Sir Robert Vaughan, Bart, is about three miles from Dolgelley and placed high among the fills in the north-east part of Merionethshire. The road thither is nearly one continues acclivity, so that it is, perhaps situated higher than any gentleman’s house in Wales. It is a plain, substantial stone building and was erected by its present hospitable proprietor on the the site of the ancient structure. It fronts the south in which direction the prospect is bounded by the green hills in the vicinity of Gwanas and Caerynwch, and, on the opposite side, by those above Llanfachreth.

Immediately behind the house, or rather on one side of it, rises a huge and gloomy mass of rock called Moel Oerthtom or the Mount of Oppression. Why thus named is not known: Pennant, however, supposes it to have been a British post,–“the station perhaps of some tyrant.”

The park at Nannau is well supplied with venison, which is small in size, but, like the mountain mutton, of excellent flavour. It contains the ruins of the mansion of Howel Sele, on the site of which Sir Robert has lately erected a Gothic lodge, which, situated as it is among so many wild hill, has a very picturesque appearance. The estate belonging to Nannau, is stocked with a large quantity of one timber, Unlike many of our landed proprietors, Sir Robert has carefully preserved his noblest trees untouched by the rude stroke of the axe; and in the woods round Nannau abundantly testy the good effects of the worthy baronet’s policy. The gardens cannot be called extensive, but they produce very good fruit, and, considering their exposed situation, evince in the proprietor of Nannau a large proportion of zeal for the pleasant and useful science of Horticulture.

Passing over the Pont Vawr, we turn to the right, and follow the course of the road till we come to the gate which leads to Llwyn, a distance of about a quarter of a mile from the town. Here the highway diverges into to distinct roads, the lower one on the right leading to Bala, and that on the left to Nannau and Llanfachraeth. At this spot an acclivity commences, which continues with little interruption all the way to Nannau; and a most rough and ragged road it is, but rendered, however, as passable as the nature of the soil and situation would permit.

On the left of the acclivity are the remains of an extensive wood (Llwyn) which is now, deprived of much of it’s ancient stateliness by the removal of nearly all its large and venerable trees, and seems to sympathize in the decay of the mansion by the river’s brink below. Yet the wild strawberry plants and green and green hazel bushes thrive, as they were won’t to do, amidst the mournful scene, and the wandering school-boy will still repair thither, on the evening of the summer’s day, to feast on the fruit, which he may find there.

After a good deal of stout walking we reach the summit of the hill, and proceed onward on level ground for about half a mile or more, when we enter a deep wood through, through which the road leads on to Nannau.

But there is a sight or two worth viewing on the comparatively fertile flat. First, we have the old and almost ruinous house and granaries of Garthmaelan before us, with the neat circular summer house on a hillock on one side. Just below is a scarcely discernible cottage,–so lowly in its turf covered roof,–of now great importance in the landscape, but not devoid if interest in a traditionary point of view. The name of the cottage is Berthllwyd, and it once belonged to Gruffydd ab Gwyn, of Garnllwyd. This Gruffydd ab Gwyn thought proper to quarrel with the Cambrian Patriot; Owain Glyndwr, and it is said, that he actually dared to attack then chieftain with a party of his followers. He was, however defeated, with the loss of many of his men, and his two houses of Cefn Coch and Berthllwyd were burnt nearly to “cold coals,” as the venerable historian Gwydir calls it. This effectively cured the doughty Gruffydd from any further attempt, and he annoyed Glyndwr no more.

The approach to Nannau is though a winding avenue of fine old forest trees, and one can scarcely help being impresses, with something akin to awe, as he passes beneath their wide spreading and umbrageous foliage if the idea that he is drawing near to the residence of some ancient and wealthy family. The house is still not visible till nearly the extremity of the avenue is gained, and then it presents itself to view in all its substantial neatness and simplicity.

In front of a small lawn, decorated with some fine specimens of the mainly horned sheep, the oves polycerulw of Linnaeus. Behind are the offices and a good sized llyn, well stocked with perch and eels; and still further in this direction is the wood, which shelters from the mansion from the cold north wind of winter. If a person, who had not seen Nannau for these twenty or thirty years, were to go into Merionethshire, and see it now, he would be surprised at the improvements, which have been made to the estate, during that time. Ardently attached to agricultural pursuits, Sir Robert has fertilised the hills on his estate, and, by judicious and well executed plans, considerably augmented the value of the land.

But it is not as a lover of agriculture only, (which is in itself highly meritorious,) that Sir Robert is deserving of our eulogy, it is for all those qualities, which acorn and dignify the British country gentleman, and the independent Member of Parliament. Always careful of the welfare of the poor around him,–patronising the industry, ingenuity, and good conduct of his more humble countrymen,–hospitable in the extreme,–kind affable, and benevolent, he fulfils, in every respect, the happy duties of the wealthy British landholder; and, by his generous courtesy, he has insured to himself the undivided esteem and veneration of every Welshman in Merionethshire. This brief and humble tribute to the goodness of Sir Robert Vaughan will I am convinced, be excused by those who have not the pleasure of his acquaintance, and I am equally confident, that it will be commended by those–and they are too many–who are honoured by his friendship: they too will bear willing witness to the justice of these remarks,–while I, who have so frequently experience the kindness of the worthy baronet, have fulfilled a most gratifying duty, in thus enumerating the principle virtues of the benevolent and hospitable proprietor of Nannau. 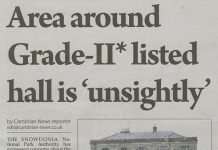 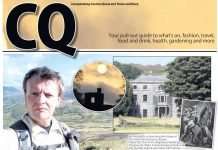 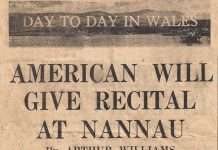