Hugh Nannau Hen (1542-1623), rebuilt Nannau on a grand scale around 1581. Nothing remains of this house except for a few inscribed stones in the back wall of the current Georgian house.

The house was probably destroyed by Oliver Cromwell’s troops in the mid-1600s.

It was described by Robert Vaughan of Hengwrt (The Antiquary) (c.1592-1667) as “the stateliest structure in all North Wales”. 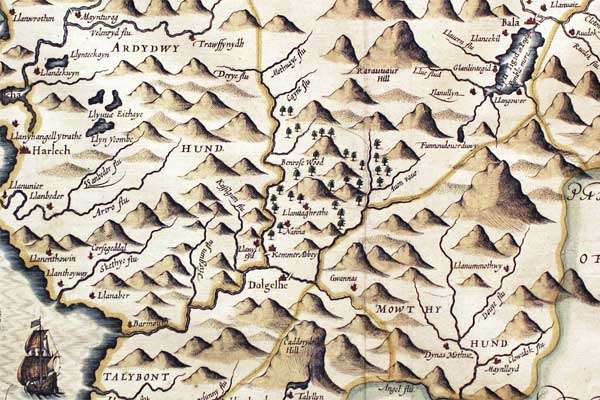 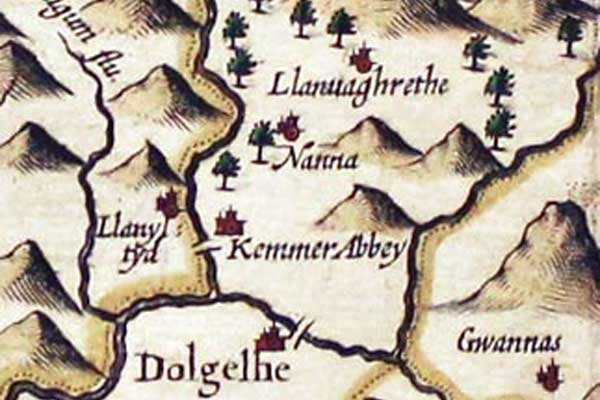 A 1610 Map of Merionethshire by John Speed.